My new pic is for Red Snow Studio, where we all had to draw an image based on Beowulf and Grendal. I decided to take quite a different approach;

Beowulf is part of a group of exploring astronauts, who land on a planet inhabited by Grendal. Each night Grendal sneaks out and abducts an astronaut, who he takes back to his cave and eats. One night Beowulf attacks him, severely hurting Grendal. Grendal retreats, and Beowulf follows after him. Climbing down into the cave, Beowulf points his torch at Grendal. This is his weakness! 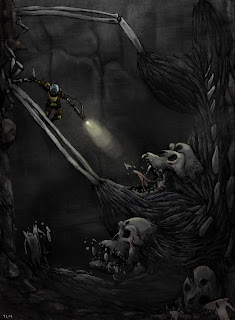 With the line and sketch: 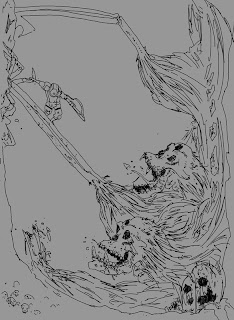 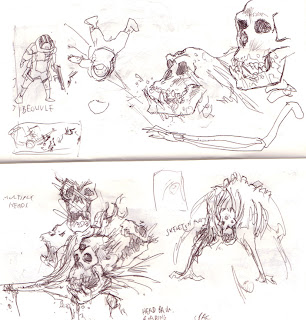 Just got a PS3 at long last! Have been playing though Uncharted, which is ALOT of fun :) Refreshing to have a female character who isn't annoying!