Hiya! Felt a weird inspiration to draw  a mech tortoise, as you can see below. It has stages to power up its main laser cannon (which in  a game, would warn the player!). I like to think that its side cannons are possibly only for show, and emit smoke, but never actually fire ;) Mech tortoise would take a while on the battlefield, but he has huge HP! 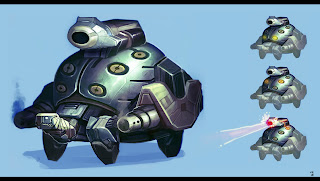 Also went through a short span of drawing my clothes each day, before realizing that seeing as I bike to work everyday, I never really wear much fancy stuff! 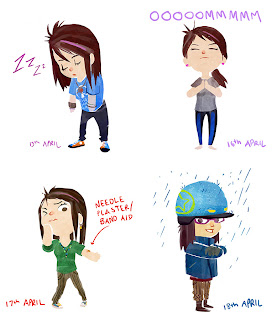 I'm still playing Fire Emblem: Awakening. I actually let a character die the other night (a tough male mage), as I really cannot keep restarting after playing a battle for over an hour...Never gonna finish it! Animal Crossing: A New Leaf has been pre-ordered, am counting down the days :D
Bai!
Posted by Lady T at 11:55 PM No comments:

Ullo all,
Quick update on a yoga studio logo I designed for a lovely place out on Vancouver Island in Victoria :) Here's the final design: 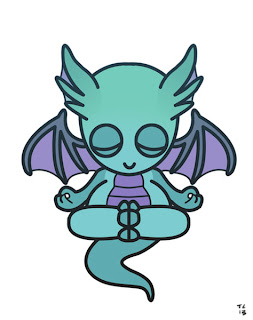 Followed by the process that got me there, if you are interested :) 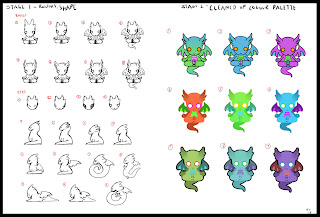 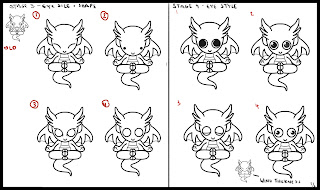 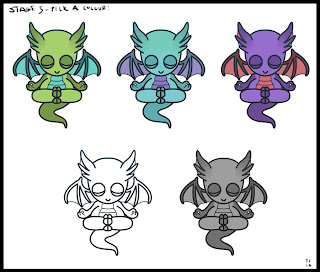 I started Gears of War Judgement, but deeply miss playing co-op with my sister :( Is just not the same experience at all...
Bai for now!
Posted by Lady T at 8:14 AM 11 comments:

A speedy a day

Hi hi! I've been doing some speedies this week outside of work and freelance which I thought I'd share! There's my usual rock monster stuff, combined with  a fight taking place on front of it - it's something to watch! 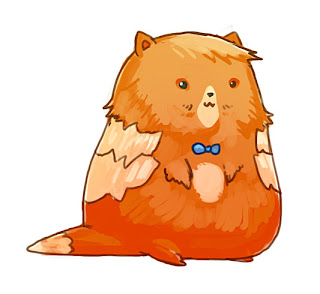 Followed by Pumpkin's house the next day. I like to think he lives in a forest, and runs a small bar. It's one of those secret places, might even have a membership! It's super small inside, but the drinks are amaaazing! 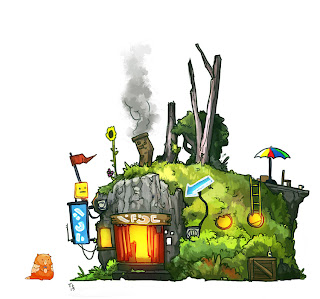 Outside of these, I finished Bioshock Infinite! I don't want to say much without delving into spoiler territory, but the ending gave me a headache ;) Then part of it clicked in the middle of a yoga class, and had to contain myself from shouting out loud, 'Ohhhh I get it!'
Bai for now!
Posted by Lady T at 3:13 AM No comments:

Ullo! Sorry for the lack of updates! I had my lovely parents visiting Canada for the first time (ish), and have been busy with freelance :) This was just a speedy, nice and loose.

Lots of games to get playing...but am still on Fire Emblem! So many of my team is married, and with kids...who are fighting alongside them! It's getting a little confusing. (For anyone playing - I married Frederick :P).
Bai for now!